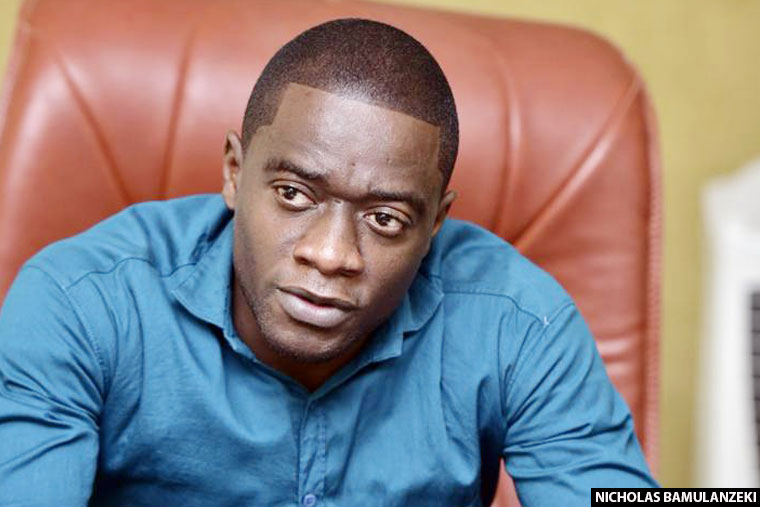 The ongoing rent standoff between owners of Kampala’s shopping arcades and tenants is threatening to stall business in central Kampala but businessman Haruna Sentongo has broken ranks with other landlords by exempting all his tenants from rent arrears and says the ealier his colleagues follow suit, the better for all parties as well as the economy, writes DERRICK KIYONGA.

Last week, several city traders staged a demonstration protesting a decision by their landlords to block them from accessing their shops until they clear their rental arrears of four months since the lockdown started.

Efforts to reach Drake Lubega, one of the landlords who has refused to open his buildings, were futile but in a press statement last week, he said he will only reopen his buildings if the the standard operating procedures (SOPs) are conducive. However, he also reiterated his demand to tenants to pay for the months of the lockdown.

It is on this background that Sentongo, who owns Haruna Towers in Ntinda among his many real estate ventures, defers and says other landlords should follow suit to allow a good business atmosphere.

“Tenants are actually very happy and I am seeing my business booming in the coming months because my tenants are now settled, concentrating on their business,” he says.

“People have just resumed business but I can already see it is much better. I have even given new tenants a grace period of three months without pay because many of them are running from where they were forced to pay for the Covid-19 lockdown months. This is insincere on the part of landlords because it is not that tenants are benefitting anything from the exemption.”

The biggest argument for some landlords to demand rent fees for the lockdown months is that they are also servicing huge loans with banks.

However, last month, government, through Bank of Uganda, instructed all commercial banks to restructure their loans with landlords. The Observer has seen a copy of the letter and it spells out that during negotiations to restructure the loan, it also assumed that the landlord did not receive rent payments from tenants for the affected months.

This basically means that banks will decrease the money landlords have been paying while at the same time increase the timeframe to complete the loan. According to Alex Kiguli, a trade union leader who is part of the negotiations between landlords and tenants, banks considered it that tenants were not paying the landlords before restructuring these loans.

“We had high hopes when we learnt that all their [landlords] were restructured but many of them have turned against us to demand rent yet they used our failure to pay rent to have their loans restructured.”

Indeed, Sentongo admits to this anomaly. “Some of my colleagues are just being silent on this matter. I think the landlords should be open up and explain that they have already got relief from the government and that relief should also be passed on to the tenants,” he says.

Sentongo further admits that whereas his decision may be unpopular among fellow landlords, it has kick-started a wave that has seen some of them relax their hardline stance.

“Some of my colleagues were mad at me but they are now calling to find out how they can ease working conditions for their tenants,” he adds.  “Let us face it; right now people don’t have the money and we have to accept that tenants are the foundation of the business.”

Meanwhile, Sentongo remains cagey about how much of rent fees he has foregone but insists what matters is to have a good working relationship between landlords and tenants.

“I have more than 500 tenants and do not mind going without pay for the past four months because I know the tenants do not have this money to pay anyway…So, even if I was to lock the buildings, what would I benefit?

Looking ahead, Sentongo says landlords are in a no-win situation.

“What I foresee is that if other landlords continue to actually demand this rent and they insist that they will not let go of traders’ merchandise, time will come when that merchandise will be meaningless,” he says.

“Picture this, landlords started arguing over rent even before the shopping arcades were reopened…closed the shops when the ban was lifted and it is now almost five months…it will reach a period when tenants will let go of their locked-up merchandise yet there is less risk if landlords allow them to do business.

Trading is a non-stop cycle and the stock of most traders is far less than what they pay as rent. So, will the landlord sell the items? However good a shopping arcade is, it is going to take more time to get new tenants when they know how rude you treated old ones.”

It remains to be seen whether other landlords will follow suit.