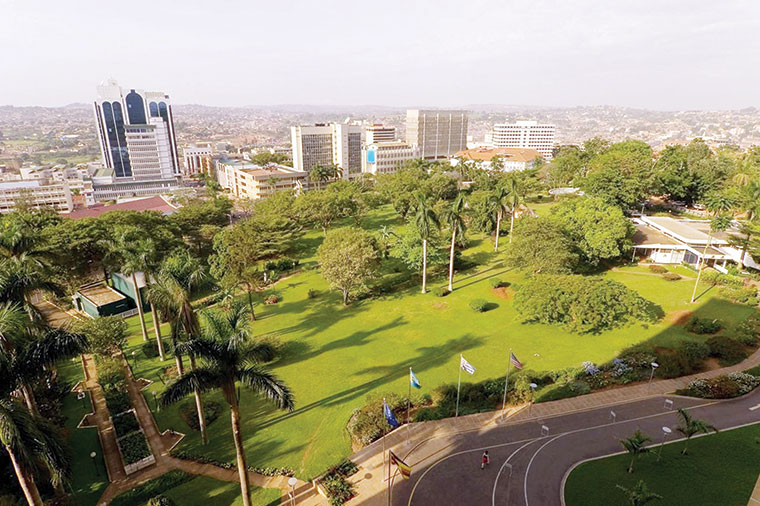 A few weeks ago, I read an article of how one can retire at the age of 65 with a million US dollars if one saved and invested from the age of 25. That is 40 years of saving.

The author argued that one needs to save about $150 a month. I was intrigued. However, the article was meant for the American audience and therefore some of the stuff listed that one could do aren’t applicable here.

This model is for those who are employed and therefore don’t have time to do business. I also moved the age from 25 to 30 for one to be able to start saving Shs 600,000 a month or if they are a couple, Shs 300,000 each. I know many people can’t save this much but many can do that. The age of retirement remained at 65 but my model is for only 30 years.

If one saves Shs 600,000 every month, it means that they will have Shs 7.2m a year as savings. Many people reading this article can save this money if they wanted. I went back to 1990, which is 30 years ago, and imagined the map of Kampala. How did Kampala look like 30 years ago? It was a nice town where most people lived in a radius of less than 10km from the main post office on Kampala road.

The rest of the suburbs where Kampala residents reside today were burial grounds. Uganda’s population was just 17 million people with Kampala accounting for approximately 755,000 people according to most statistics I could find online. Areas like Naalya were bushes. A friend says there was no road to Najjeera. The current road existed as a path they used to take to raid jackfruit trees.

You can replace Kampala with any town or city where you live. Unless Uganda fights some wars and annexes some parts of its neighbours like Idi Amin unsuccessfully tried, the land size will remain the same.

There is going to be unprecedented pressure on land with a growing population making the price of land skyrocket. Areas today that are devoid of urban dwellers will be urban and worth a lot of money in 30 years. So anybody or a couple that can save Shs 7.2m a year for 30 years will be able to retire with a million dollars by just investing in land.

What the couple needs to do is to ensure that they buy at least a plot of land worth Shs 6 million a year. That would leave them with Shs 1.2m to pay for the transfer of titles and even plant some trees on it (depending on the location). If a person or couple do this for 30 years, they will have 30 pieces of land in areas that are becoming urban.

Areas like Matugga, parts of Mukono, Luweero or Mpigi where land is sold at such prices, will be very urban. Replace Matugga or Ziroobwe with any area where land is being sold at that rate.

So, in 2050, somebody who has been investing consistently will have an asset base that is worth a lot of money. Remember the plan is to retire at 65 with a million dollars. In 2055, at 65, one will start liquidating the first 20 properties bought. That means selling the pieces of land bought between 2020 and 2040. This means that you would have owned each of these 20 pieces of land for 15-35 years.

Let us go back to Kampala of 1990. The growth of Kampala and other urban areas coupled with an explosion in population means that the same scenario will still exist in 30 years.

So, if you invest Shs 7.2m in a property today, in 30 years, the investment will be worth about Shs 200m in today’s money. This is based on the current rate of land. Just 15 years ago, a plot of land in some parts of Kampala was going for Shs 3 million if bought from the real estate dealers. It was much less if you bought from the original family.

Today, the same plot is approximately Shs 100m. This means that a piece of land has been growing at Shs 6.66 million per year. So, 20 plots of land will be worth a minimum of about Shs 4 billion in today’s money.

To cater for taxes, commission, inflation and other stuff, you will need to sell another five properties bought between 2040 and 2045, which you would have kept for between 10-15 years.

With a million dollars earning a net of about 6 per cent per annum in financial markets, you will have $5,000 per a month to ensure you don’t have to ever call your children for any money during retirement and create generational wealth for the grandchildren.