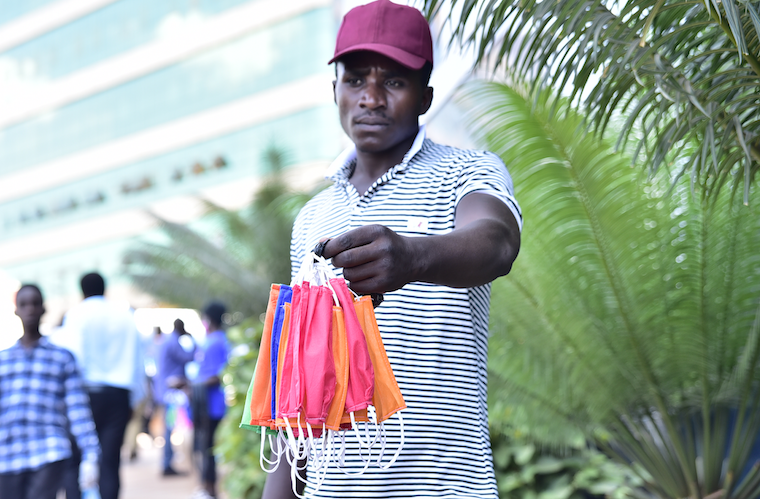 When Covid-19 struck, the government promised some people food and indeed some households got.

It somewhat showed a government that cared for its people even though the distribution was bogged. Even the biggest economy in the world, the United States, gave its citizens something with adults getting checks of $1200 and children $600.

In Uganda, there were arguments that instead of food, people should have received money on their phones to boost spending to restart the economy. From free food, we were told of free face masks for everyone above six years old. Like it was with food, many people have never received their free face masks.

Then last week, the government promised free radio and TV sets to enable kids to learn during the lockdown or enable politicians campaign now that the electoral commission is talking of campaigns carried over the airwaves. Ugandans are supposed to go to the polls next February.

The newspapers said 10 million radio sets will be distributed each costing Shs 38,000 or approximately $10. Ugandan governments since independence have run a mixed economy. Providing free medical care in government hospitals and free education. With Universal Primary Education (UPE), a child can study for free up to university.

Many farmers today receive agricultural inputs in seeds and other stuff to boost their income. I think some progressive farmers have made significant progress taking advantage of these freebies though the majority have remained dependent on the seeds. A face mask on average in Kampala costs Shs 2,000, which is less than a dollar.

Even when the economy has been shut down during the Covid-19 pandemic, we should assume that the majority of people should be able to buy themselves a mask that costs that much. If they can’t and therefore need to be given free ones, then there is a major problem we need to address.

There is a famous saying sometimes attributed to the Chinese that posits that it is more important to teach people how to fish than giving them fish. With face masks and free radios and everything free, we are giving people fish when they can fold their sleeves, get on a canoe and catch the fish themselves. If they learn how to fish, they can always get themselves what to eat.

If we give them fish, they will be looking at us every few days even when the lake full of fish is just in their courtyard. We have had many poverty alleviation campaigns for many decades now, it is time to assess their impact. If these campaigns have had any impact, we shouldn’t be now thinking about giving out free masks and now free radio sets.

Many years ago, people may have lacked TV sets (like they still do today) but most households had radio sets. How come today they must be given free ones? We should campaign less on giving people free stuff rather enable them to afford the basics of life.

We should ensure that any household that needs a radio set worth approximately $10 can have it by buying it themselves. The same applies to the face masks. This can be done easily by creating markets for mainly agricultural produce because the majority of Ugandans depend on agriculture.

Many years ago, if you moved into an area where people, for example, grew coffee, you would find either a coffee factory or a store. It meant that people in that area had somewhere to sell their produce. Many people when they needed anything, they could simply present their delivery notes for credit just in case the factories hadn’t paid yet. People took their kids to expensive schools because of coffee and other cash crops.

This is something that could be done again. The money that has been spent on free face masks and what will be spent on radio sets is approximately Shs 500 billion. There are 134 districts in Uganda today. This means that Shs3.7 billion or approximately $1 million per district.

This is enough money to set up a project at least in one of the district sub-counties that can significantly, if well managed, change the lives of the ‘vulnerable poor’ in that area. If we continue tuning the mindset of the poor that everything will be given to them, nothing will change. The dreams we have of a middle-income country will remain just that — dreams.

Of course, there could be people who benefit when people are so poor but we should not forget that the poor are the same people who will be used to challenge those who are currently benefiting from them.

There are payments like PTA, Development fees, School requirements etc which are very expensive more than the school fees. UPE is not a free education please.
Report to administrator