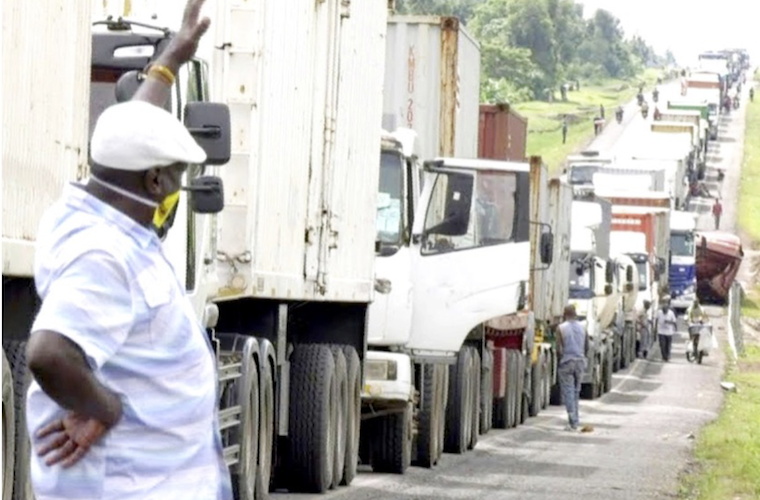 If you walked around the community where you lived many years ago, you would notice some boys with charcoal marks on their faces in the form of a beard.

Those who came from affluent families may know Kanta, a household hair dye brand at the time. Most of the Kanta used by these boys was leftover after the ageing parents had dyed their hair. Growing a beard is considered a passage to adulthood by many boys.

Those who delay or don’t even develop them are usually bullied and ridiculed. They also miss out on dating the most beautiful damsels at college or even university. Most such people who are confident enough are not usually bothered by such since it doesn’t take long before those with beards realize there is a cost associated with grooming and the uncomfortableness that comes with a growing beard.

I always thought that the desire to have a beard was part of growing up for boys which is relegated to the trashcan as soon as there are much more important issues to deal with such as the rigours of academic studies and the desire to look for money to pay the bill.

But it seems one of the bills Ugandans work hard to pay for involves facial hair. Of course, grooming isn’t a new thing. Men always visited the salon although they spent less time when compared to members of the fairer sex. Some, like MP Peter Sematimba, spend a considerable amount of their time in front of the mirror to ensure that there is no hair out of place to the extent of moving around with toilet bags or makeup kits.

Even though such men always existed, I thought they did not make a significant number until I recently read a story in Daily Monitor. The story said that “jewelry and ornaments cost Uganda close to $1.3 billion” in imports. That shocked me a bit because Shs 4.9 trillion importing jewelry and ornaments is a lot of money.

The more I read, the more shocked I got. “The biggest percentage of this – at least $2.4m (Shs 9.1bn) - the report notes, was spent on wigs, false beards, eyebrows, eyelashes and human hair products,” the story revealed.

Who in their world goes around buying a false beard? A man bargaining for a false beard and then sitting and having it fixed on their face is something I thought only happens in the movies but we don’t have a very big filming industry. Who do men who buy fake beards want to impress? I have never understood the fake bum thing for women by the way and before I come round to it, men are on false beards!

As I was still wondering about fake beards, after a few days, the same newspaper carried another shocking story.

“Vegetables and certain roots and tubers last year cost Uganda close to $18m (Shs 63bn) in imports, according to details from a ministry of Finance report,” the article said.

Since I am working mainly from home, I moved to the kitchen and made some more coffee. This is now interesting.

And it all started making sense. The majority of Covid-19 cases in Uganda are now truck drivers bringing goods into the country. Can you imagine some of the stuff these drivers are bringing in besides the coronavirus are false beards, fake bums, artificial eyelashes and now tomatoes and cabbages? When did we become such vegetables who can’t even grow our own cabbages?

If we continue spending a significant amount of money importing all sorts of things when we can make or grow them, our country will never develop. We can kiss the middle- income status goodbye and resign ourselves to being a banana republic for eternity. But that would be unfair to future generations.

We have borrowed as much money as we can to fight Covid-19 even when our numbers are not so bad and most of the people who contracted it have recovered. We now need to borrow or invest significantly to enable businesses to make or grow the stuff we import here. We can finance Kiira Motors to make vehicles here, enable farmers to grow the food we need, and even make false beards and fake bums.

I was utterly shoked to read that Uganda is importing fish and tomatoes from China. Any country that care about the health of its people should not be importing food from China
Quote | Report to administrator
Refresh comments list
RSS feed for comments to this post
Add comment