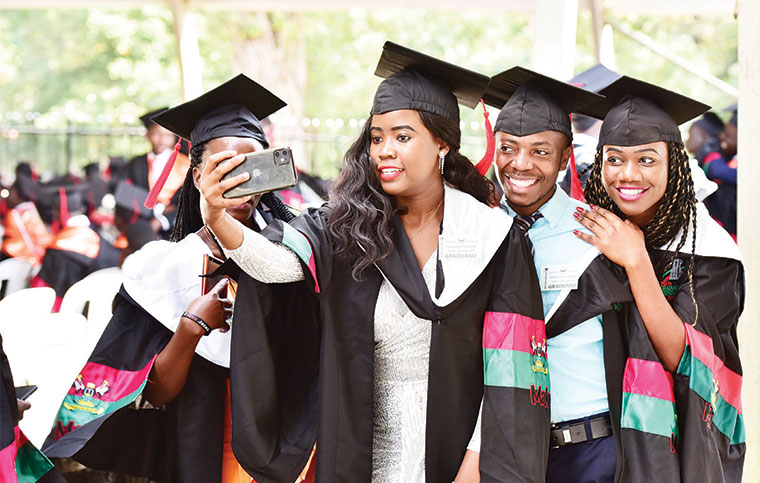 There is an unverifiable story of a young entrepreneur who dreamed big and found big clients in the Middle East who were interested in goat meat.

He got a sample and couriered it to them. They were impressed and invited him to sign the contract. On his return flight to Entebbe, he had many mental pictures – a Mercedes Benz G63, a mansion in one of Kampala’s leafy suburbs, and holidays in exotic places.

Some other versions say that he had even planned to hire Lionel Richie to perform at his wedding!

The deal was huge – 50,000kg of goat meat every week. Assuming each goat weights 15kg, he needed upwards of 3,300 goats every week. The young and naïve entrepreneur armed with his contract, visited several slaughterhouses to establish contact with his would-be suppliers.

He visited farmers and goat markets across the country. The more he talked to suppliers and farmers, the more he realized he wouldn’t be able to supply the required quantities, at least, from Uganda. There were not as many goats in this country.

This story reminded me of the Makerere University gowns. Apparently, 13,000 gowns were needed for students graduating this week. A local supplier won the tender and flew to China to make them.

Once this information became publicly known, people on social media went into overdrive blaming Makerere and the supplier for not supporting Build Uganda Buy Uganda (BUBU) initiative. I could understand their anger but probably they only scratched the surface.

I have been involved in a project that needed big quantities of clothing and it was a nightmare getting them from Uganda in the right quantity and size on time even when one of the biggest companies in Uganda had won the tender.

Just like the young entrepreneur realized with his five tonnes of goat meat a week deal, I quickly learnt that our capacity as a country to produce stuff in large quantities is simply lacking.

Tweeps asked why gowns were not made in Kiyembe where probably 1,000 tailors exist. Contracting 1,000 tailors would be a nightmare, if you ask me. Delivery would be an issue and the supplier would obviously lose their multimillion contract due to failure to deliver. Any smart businessperson would have done what the contractor did to run to China.

Over the last few years, I have been writing this column, I have pushed for Ugandans to create factories and start owning the means of production. I believe we have a large easily trainable workforce that can easily become factory workers for even much-sophisticated products than gowns and hoods.

Over 13,000 students graduated from Makerere this week. Where will they work? Being graduates, they can easily be skilled to work in factories.

Ugandans have money to build factories but they don’t. They prefer to be traders or build arcades where imported products are sold. Each apartment block in Najjeera or Buziga consumed more money than needed for a small or medium factory.

Some of these products they import are made in very small factories and others in organized households commonly known as cottage industries. The Kiyembe tailors people talk about need to be organized with an office that one could contract and hold accountable.

They could come together and get a sizeable warehouse where they all agree to work from, pull resources for better equipment in some cases but most importantly have a centralized corporate entity or association that could enter into contracts. Working as independent as they are today on verandas and shopping mall walkways wouldn’t make them win big contracts.

If 1,000 tailors organized themselves and elected honest people as their leaders and appointed professionals to help them, they would be a force to reckon with. They would get all the big contracts in this country and become powerful lobbyists for their sector without losing their entrepreneurship independence.

If one of them saw an opportunity for a big contract, they would bid as one group for purposes of winning it. The holding company or association would pay the taxes, manage the contract, source for loans where needed in return for a certain percentage of the profits for its operations. The people awarding tenders would easily see their capacity to deliver.

This idea isn’t even novel as there are many professionals especially consultants and lawyers working that way. You find 30 consultants under one company but each somewhat independent.

The holding company bids and all their credentials are listed but once a contract is won, only those specifically working on that contract are paid per day or amount of work done. The retained percentage pays rent and office operations. Can our Kiyembe tailors take this route?

Cheers
Report to administrator
+1 #2 mo mo 2020-01-19 14:05
Totally agree with your analysis, but have you asked yourself how, in the past, local tailors supplied the gowns on time, maybe forming a uniform association and all things you suggest is better but can you provide evidence that they could not supply this time!!..the Chinese option which is smart according to you is the reason this is in the news after all, the supply failed.

i was one of the first tweeps to comment on why the contract was not distributed to Ugandan Tailors in the spirit of BUBU.

i mentioned Kiyembe and Ham Tailors because i have been to these places and seen them in action, there is nothing complicated about a graduation gown making process.

Note that the contract was awarded in 2017,really enough time for our local tailors to pull off 13,000 gowns supply. There are guidelines governing government procurement, were they followed! i tagged PPDA Uganda in my tweet and very impressed they are looking into this.
Report to administrator
+3 #3 Peteroo 2020-01-19 19:31
My quesition to you Denis, where were the graduants getting the gowns before greedy Makerere adminstration came up with compulsary purchase of gowns from the university?

And for how many years now Kiyembe has been suppliyig gowns to graduants on a stall to stall basis without any short fall?

Share the design requirements and let the students handle it themselves at the time of graduation. Let the university stick to issuing out certificates in time!!!
Report to administrator