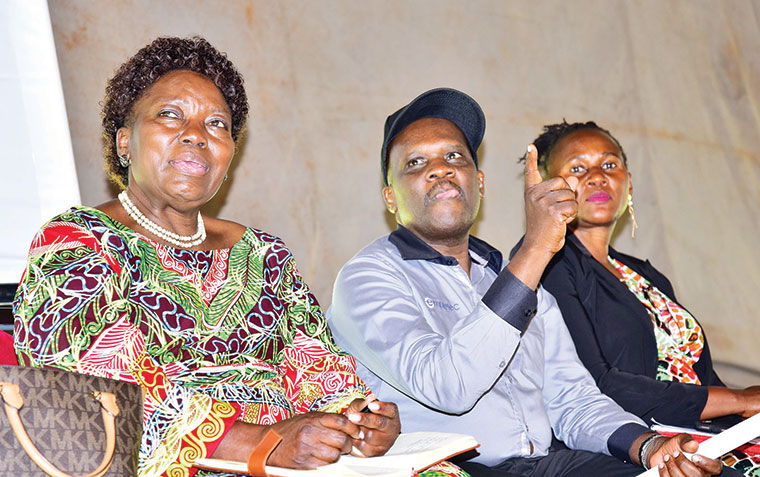 Charles Ocici, the Enterprise Uganda executive director, has cautioned politicians against giving out money to the population to start businesses without imparting business management skills, saying it is a waste of resources, writes DERRICK KIYONGA.

Ocici, who was speaking on the sidelines of a week-long basic entrepreneurship startup tools training in Kamuli district recently, said a lot of this money does not produce the intended results as ventures started in such a manner normally collapse.

“Before you start giving people money, ask them if they have anything in their home they are doing which can be supported or improved to perform better and grow bigger,” Ocici said.

He added: “You cannot just give people money and tell them to start a business without educating them on what it takes to keep a business in the market. That is deceiving the population.”

During the training, Ocici urged the trainees to start businesses using the little resources they have in their homes, saying their most important capital is in the brain, but not money. The training was organised by Speaker of Parliament Rebecca Kadaga for the people of Kamuli and was facilitated by Enterprise Uganda.

Ocici also cautioned the government against providing knee-jerk solutions to challenges facing the population, saying the approach is not sustainable and is dangerous to the economy.

Referring to the exportation of Ugandans to work in the Middle East as housemaids and casual labourers, Ocici said the country needs to stop its short-term outlook to challenges and instead provide long-term solutions.

“Labour export for the sake of getting rid of unemployed people is short-term outlook and is dangerous for the country; it is damaging the strength of the core of Uganda’s future leaders and future transformers,” Ocici said.

He added: “There is joblessness in the country; true. But it would be good if you export them to practice their skill; a trained teacher who has failed to find a job here should be taken to practice teaching in another country if there is an opportunity. Don’t take them to work at a construction site as porters or gatekeepers.

“They are going to earn but we have lost the investment in that person as a teacher or nurse. The country needs to prepare such people and encourage them to be target workers; work for a few years as they save and come back home and invest in their area of trade. That is called strategic export of labour and that is what we need.”

The speaker of parliament, Rebecca Kadaga, urged the people of Busoga to use the acquired skills to start businesses, especially in value addition.

She said their small value addition projects will be supported by the fully equipped incubation centres government plans to set up in all districts across the country. She noted that the people of Kamuli will further be trained on how to squeeze juice from sugarcane to make different products such as syrups, bricks, papers and books so as to fight poverty.

With this, she added, sugarcane growers will no longer need to plead with big millers to buy their cane.

Additionally, Kadaga said a number of other initiatives are being undertaken by the government to enable the people of Busoga fight poverty. Among them is that where each parish is supposed to receive Shs 30m to help people fight poverty. She urged them to form associations at parish level, not later than March next year to benefit from the initiative.