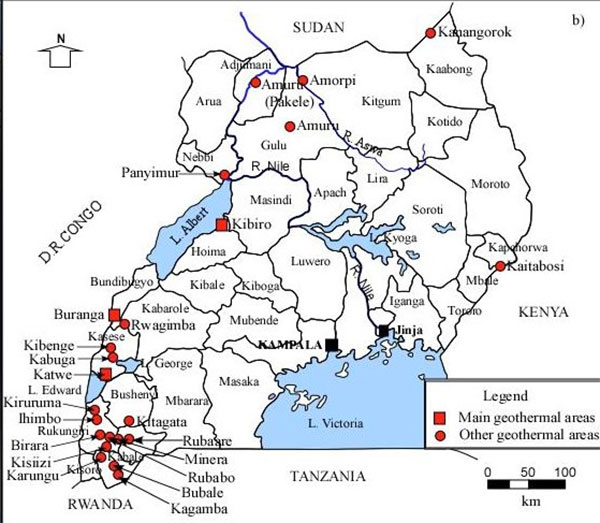 Uganda has released a revised draft of the National Energy Policy, which seeks to replace the older one of 2002, by, among other things, embarking on strategies that can promote new forms of energy such as solar and geothermal power, writes JEFF MBANGA.

By promoting the supply of new energies, government says the new policy will also focus on growing domestic demand and tapping into regional markets. The idea of growing demand is partly to influence a drop in power tariffs.

According to government statistics, biomass energy contributes 88 per cent of the total primary energy consumed in the country. This biomass energy is consumed mainly through firewood, charcoal and crop residues.

Electricity, especially hydropower, contributes approximately two per cent, while fossil fuels (oil products) account for 10 per cent of the national energy mix. The increased use of biomass, especially in the rural areas, is largely because many of the people there cannot afford to pay for electricity.

“There is limited productive use of electricity especially in rural areas which negatively affects demand growth, affordability and uptake. Low demand growth compared to planned generation capacity is likely to exert pressure on consumer tariffs,” the draft energy policy notes.

“Affordability is also impacted by other factors including pricing that is in turn affected by foreign exchange rate fluctuations, inflation and the performance of energy service providers.”

Even then, the government is cautious about the future of hydropower. The energy policy talks about the impact of formulating innovative financing mechanisms for private geothermal resource development through provision of fiscal and other incentives, on top of soliciting funds for the management of geothermal exploration risk in order to attract investors.

UK firm Bantu RG Energy, through its local subsidiary – Bantu Energy Uganda Limited – is looking to become the first company to put up a geothermal power plant in Uganda connected to the national grid.

The company has written to the Electricity Regulatory Authority over its plans of building a 10MW geothermal power plant in the Panyigoro area of Nebbi district. The company plans to first undertake feasibility studies before applying for a generation license.

Uganda plans to promote solar energy through different interventions, with the policy mentioning the provision of tax incentives and waivers for solar thermal equipment as a key strategy that the government will use.

0 #1 rubangakene 2020-01-18 21:18
Look at us; we have not even streamlined power delivery with the massive hydro sources, which incidentally we have given on a plate to foreigners to manage and generate their own dollars.

We must take charge of our power generation as a matter of national strategy of growth and security. What do Ugandans get from all these,eh? just lights for tourist hotels and local drinking joints!
Report to administrator