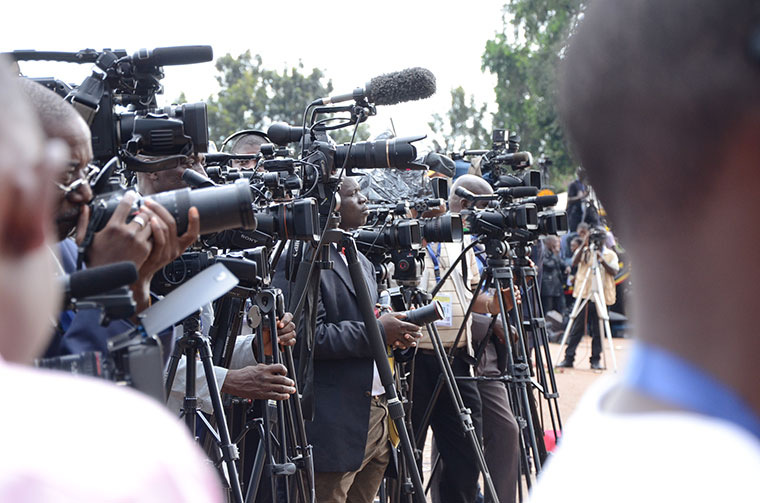 Years ago, President Yoweri Museveni referred to journalists as fishmongers! If you are familiar with our lakes, fishmongers are known for their unpolished behavior.

At the time of Museveni’s sneer remark, a lot of journalists learnt on the job since the country’s premier institution of higher learning, Makerere University, taught no such course.

The remark had a positive side to it though, as Makerere would start training not only journalists but also communication and public relations professionals. Last week, the department of Journalism and Communication celebrated its 30th anniversary. I am a proud alumnus.

Although many students have walked through the gates of Makerere and now many other universities as journalists and communications professionals, there are still many challenges. Journalism is known as the fourth estate after the executive, legislature and judiciary in a true democratic dispensation by being the watchdog of the other three. We can talk about democracy in Uganda another day.

However, the Internet has disrupted the sector a lot to the extent that everyone with a smartphone is now a ‘publisher of news’. Social media platforms democratized news but they also empowered everyone to say anything. To a lot of people, it is difficult to separate fake news from real news stories.

That is a very big opportunity for journalism, though, because more than ever, there is more relevance for professional journalism than it was 30 years ago.

In the quest for breaking news to attract likes and followers, journalists must still follow the major tenet of journalism – truth – and avoid competing with people who post anything for the temporary excitement that comes with online trending. If journalists publish the truth, the industry will remain relevant.

Of course this requires huge investments in human resource. I think there is no profession in Uganda today that is experiencing massive exodus of its core staff like media houses.

A lot of people today exit newsrooms during their prime, leaving only young people to hold the fort. So, editors are always training new people who leave for greener pastures as soon as they have had a recognizable byline.

Some even leave for kyeyo. A friend, an editor of a section in one of the dailies, once told me that she was considering becoming a maid in the Middle East! A maid of all things — with due respect!

The issue of journalists’ pay is always discussed but it ends in conference rooms and academic papers. There is a media house located in an area that I frequent. They park cars on the street. The parking around the editorial side of the building is usually empty or full of ramshackle vehicles.

The side where marketing executives park is full of latest car models, at least by Ugandan standards. Unlike the editorial side, you won’t even get parking around the marketing/advertising side of the building.

Most Ugandans due to poor public transport and other reasons buy a car as soon as they have made some little money. So, the well-remunerated marketing and advertising executives buy cars as a lot of journalists continue begging for transport refund at functions. Transport refund of less than 10 dollars!

So, if media houses can pay well marketing and advertising executives, why can’t they pay journalists the same rates?

The advertising executives are paid usually a commission off the money they bring in because it is easy to do so, yet journalists actually bring in more only that it is hard to quantify.

It is good journalism that attracts higher circulation figures which are the bait media houses throw at advertisers. While in traffic jams, newspaper vendors will show you a newspaper with what they think is an attractive headline so that you can buy. They will never show you the most creative advert buried inside the newspaper. They know that hardly anybody buys a newspaper because there is a creative centerspread ad by a telecom giant.

So, media executives need to find a way to pay the industry’s workhorse the rates that they deserve. Better-remunerated journalists will lead to a better news product, grow the circulation figures and lead to more ad revenue even when the Internet is disrupting the sector.

It is time for top media executives to do the right thing by paying journalists same rates as advertising and marketing executives.