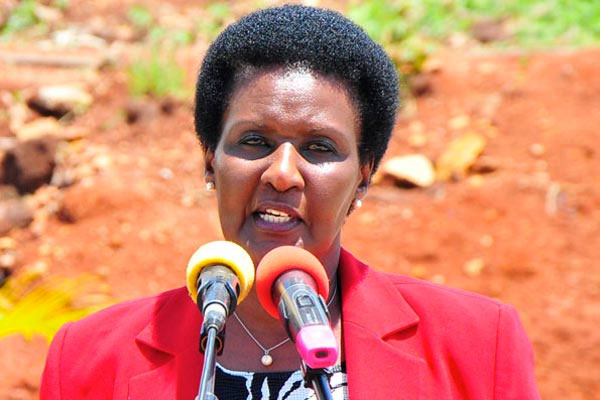 Trade minister Amelia Kyambadde is expected to make a strong case for Uganda to be ready to exploit the opportunities that will arise after a number of African governments open up their spaces for business when the Regional Logistics Expo is held August 21-22 at Sheraton hotel Kampala.

“She is very passionate about this,” Julius Kasirye, the senior commercial officer in the ministry of Trade, Industry and Cooperatives, said.

“When she begins speaking, she convinces you that anything is possible,” Merian Sebunya, the chairperson of the National Logistics Platform, one of the partners at the expo, added.

Both Kasirye and Sebunya were speaking recently during a preparatory meeting for the expo at the offices of the ministry of Works and Transport. The Uganda Freight and Forwarders Association is hosting the expo. The theme of the expo is Innovative and Sustainable Solutions for Freight Logistics.

The preparation meeting took place just after the African Development Bank (AfDB) approved a $4.8 million grant towards the implementation of the African Continental Free Trade Area.

The African Continental Free Trade Area (AfCFTA) is an initiative that seeks to boost trade between 55 countries by eliminating a number of non-tariff barriers. The AfCFTA, according to the AfDB, has “the potential to create the largest free-trade area in the world.  – uniting 55 African countries with a combined gross domestic product of more than $2.5 trillion... The trade agreement is expected to expand intra-African trade by up to $35 billion per year, ease movement of goods, services and people across the continent’s borders and cut imports by $10 billion, while boosting agriculture and industrial exports by 7% and 5% respectively.”

The AfCFTA is expected to become operational in July next year. As part of exploiting the regional markets, Uganda is trying to revive water transport.

Lake Victoria’s shoreline is set for a major facelift when plans to revamp the existing ports, and also build a new one, take shape, in a development that will boost the economy and decongest the traffic on Uganda’s road network. Less than five per cent of the imports into Uganda come through water transport, with the largest amount coming in by road. This places a lot of burden on Uganda’s road network.

“We don’t have enough ships. We only have MV Kaawa and MV Umoja for Tanzania. We need about $4.5 million to repair MV Pamba. But Bukasa will come with four new vessels,” Kashanku said.

According to government plans, the Bukasa port will be the main commercial water gateway into the country. Port Bell in Luzira used to be the main water gateway. However, it has been operating below capacity, in terms of the tonnage it is handling as traders resort to road transport.  The option of building the new Bukasa port, which will sit on a larger piece of land, is gaining a lot of support.

Instead, Port Bell will be the main water hub for scheduled passenger voyages between the towns of Mukono, Kampala, Entebbe and Mpigi, among others. There are also proposals to build a marina at the port.