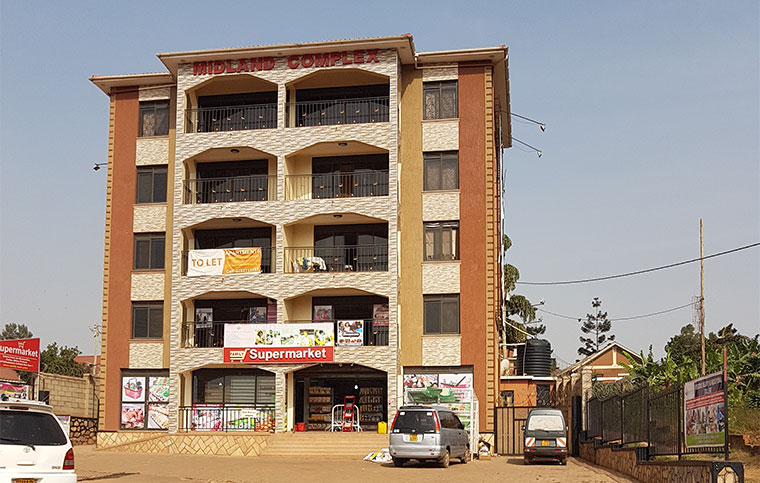 Contrary to what the parliamentarians are claiming, the Landlord and Tenant Bill 2019, as it is, in no way protects the small trader or tenant; actually, it has just made their situation worse by making them more prone and susceptible to the consequences of a weakening shilling and arbitrary rent increments, writes JUDY RUGASIRA KYANDA.

Parliament has just passed the Landlord and Tenant Bill 2019 in its original form despite several pleas from landlords, tenants, and the financial sector. So, what does this mean moving on?

Before the Bill’s passing, I laboured to explain the dire consequences if no amendments were made. For the record, and avoidance of doubt, I will reiterate some of the points I raised in that article.

I am a proponent of legislation. Good legislation that will enable a strong and stable property market by encouraging and attracting local and foreign investment, creating employment in this sector, and growing our tax revenue and economy ultimately.

Contrary to what the parliamentarians are claiming, the bill, as it is, in no way protects the small trader or tenant; actually, it has just made their situation worse by making them more prone and susceptible to the consequences of a weakening shilling and arbitrary rent increments.

On a more macro level, the bill has diminished the comparative advantage of Uganda over other countries as a real estate investment destination for foreign and local investors who invest in hard currencies like the US dollar, for hard currency rental income streams and better yields on investment.

It would have been more practical to separate the act regulating commercial and residential tenancies, instead of having them regulated under the same Act. For obvious reasons, these tenancies are different and cannot be regulated the same way.

Some retail anchor tenants incur fit-out costs of up to $5m! As such, the latter will require guaranteed tenure for the lifespan of their tenancy whereas residential tenants require the flexibility of notice periods.

The bill as passed has protected small traders from the fixed term of a lease but will impact significantly on commercial tenants as they are not in a position to set up business where they cannot guarantee the full tenure. The cause of arbitrary rental increments, specific to KACITA tenants, is simply because the relationship between the landlords and tenants is informal.

The tenants have no tenancy agreements, and landlords take advantage of this. Treating the symptom of increasing rents is pointless if the root cause has not been addressed. You cannot enforce the terms of a verbal agreement and this should not be an option if they hope to achieve their desired objective.

Why are these challenges of arbitrary and unfair rental increments not seen in the more prime malls where tenants are paying dollar rents?

That’s because the landlord/tenant relationship is formal, contractually bound by a lease agreement which is signed by a willing tenant and willing landlord prior to the tenant taking occupation.

The terms and conditions of the lease are very clear; both parties know what to expect and there are no surprises. A landlord cannot decide to wake up one morning and shut down an entire mall (which has become a habit downtown) to settle scores with their business partners, leaving tenants totally helpless. Is this also because of dollar rentals?

This impunity from landlords is because there is no legal recourse. All attention and focus have been given to the issue of currency in which rent will be paid, and this seems to be the fulcrum on which the need for a landlord and Tenant Bill is turning. However, addressing this issue alone is pointless, if other aspects of property management, and financing are ignored.

As I have argued before, this issue is bigger than KACITA, and KACITA is not Uganda. Neither do they control the property market of Uganda. In fact, even their contribution to the tax revenue of the country is incomparable to property developers/owners of commercial properties in the country at large.

How then do you ban dollar rentals without giving due consideration to other factors in the property development cycle and value chain?

It is inconceivable to outlaw dollar rents without bearing in mind the impact of such a regulation on the financial sector and the economy as a whole. I am hoping that our honourables are aware that dollar denominated loans are cheaper (8 per cent) than shilling loans (20 per cent), which is why most commercial properties are financed by dollar loans.

This being the case were the banks consulted on the feasibility of converting these dollars denominated loans to shilling loans? In order for the borrowers to afford their repayments they will have to increase the rent extortionately and the tenant will pay the price.

However, there is also a possibility that the banks will not accept to reschedule these loans. Have the repercussions of this been thought through? Or the fact that Non performing loans will increase, repossessed properties will become the order of the day crashing the property market to smithereens?

The arguments in parliament were that countries like UK, USA, Europe, China, insist on local currency rents. This is correct, but why? For example, the dollar is found in a pair with all of the other major currencies and often acts as the intermediary in triangular currency transactions.

This is because the dollar acts as the unofficial global reserve currency, held by nearly every central bank and institutional investment entity in the world. It is for this reason that Uganda fixes her exchange rates to the dollar to stabilize it, rather than allowing the free (forex) markets to fluctuate its relative value.

Why is this the case? Because of the volatility of the shilling to many external factors. Pray I ask, is the shilling a globally-traded currency? When our honourables travel to America, are they able to take shillings and exchange them for dollars at JFK Airport?

Or London Heathrow for that matter? But you can exchange dollars in London, Japanese Yen in Switzerland, and the Euro in South Africa. The common thread being that these are strong, stable currencies. No prudent investor will go to America, and get property development financing in Pounds Sterling or Euros simply because it would not make any economic sense. It would be more expensive to borrow in any other foreign currency than the local currency – the dollar. Why?

That is because the dollar is a strong, stable currency, and there are several federal reserve banks with adequate deposits to lend at affordable rates. In Uganda it is cheaper to borrow in the dollar because the reverse is true.

It will also make sense to make loan repayments in the same currency as you have borrowed, because 1. it is the terms and conditions of our financing institution and 2. dollar rentals are cheaper than shilling rentals because they are more stable (minimal fluctuation to CPI).

At the end of the day, $10 per square metre converts to 37,550/- and can fluctuate up or down but mainly upwards, by up to 30 per cent in one year. Rentals will still remain pegged to the dollar but paid in shillings, subject to the exchange rate, and annual escalations on the shilling of over 20 per cent to keep up with interest rates, instead of 3 per cent escalations on the dollar as is the market rate. So, who will be most affected by the dollar rental ban?

The bill attempts to limit the extent of the above collateral damage to the tenant by stating that rent increments per annum will be capped at 10 per cent. Are they also going to cap interest rates?

I am sure the honourable Parliamentarians also appreciate why our finance costs are high? Put simply, our savings as a banked demographic are low, therefore banks do not have enough deposits to lend at affordable rates.

They in turn need to borrow the money they require to lend to borrowers, and this comes at a cost (both of borrowing and hedge against forex losses). Shouldn’t we be focusing more on how we can increase savings and deposits as a means of lowering interest rates and stabilizing the shilling?

The need to review this bill is not an option, it is a necessity, or our property market is going to be destroyed. The Uganda property market does not operate in a vacuum. It is a market which is open to both local and foreign investors, not just tenants. We must legislate for all with a long-term view on things.

You cannot pass a bill on the whims of one interest group to the economic and social disadvantage of the rest of the country! China and America have shown increased interest in investing in Uganda’s real estate sector.

I am not certain, however, that with such legislation which makes the ease of doing business in Uganda rankings plummet, alongside facing the fear of being imprisoned for “annoying” a tenant, and the inability of a landlord to distress for rent pits Uganda as, an attractive investment destination for property.

I am appealing to His Excellency The President of Uganda, not to assent to this bill in its current state. Property experts and professionals have offered their free services to help draft a better bill which will stand the test of time and encourage a vibrant property market in Uganda, but to no avail.

The author is the managing director, Knight Frank Uganda

0 #1 WADADA roger 2019-07-03 21:46
Judy Rugasira Kyanda, by your name and the company you work for, i wouldnt expect a contrary view, I certainly expect you to push that rent should be paid in foreign currency.

How many countries out there use our uganda shillings to transact, Am sorry your arguments dont hold water, they are stupid selfish views
Report to administrator
+2 #2 Kirya 2019-07-07 00:05
Build your structures and charge in Uganda useless currency Uganda will comeback when m7 dies or retires
Report to administrator
+1 #3 the commenter 2019-07-08 15:41
[quote name="WADADA roger"]Judy Rugasira Kyanda, by your name and the company you work for, i wouldnt expect a contrary view, I certainly expect you to push that rent should be paid in foreign currency.

I read alot of your comments but you never analyse or present alternative arguments.

You simplu insult pple you disagree with. Very sad! It is a known fact that 1. UGX cant stand on its own 2. the loans the property owners take to build are in USD. You may not like it but at this point in time, this parliament is not helping at all. Its basic macro economics.

Can you tell me why Ugandans property owners borrow loan in USD when all the materials for building are sold in shops in Uganda in Uganda Shillings?

Is there any State in the US where Uganda shilling is used as a medium of exchange? With such primitive economic development, when is Uganda shilling going to be competitive with other currencies? In economics, if a country wants to get foreign currencies they produce their own product or manufacture their own goods and sell.

Trying to promote other foreign currencies in Uganda is kind of stupidity and should be illegal. All payment of any kind should be in Uganda shilling except in duty-free shops.
Report to administrator
+2 #5 juwait kali 2019-07-12 15:51
Gwe mwaami ORUK do you see the current rulers sorting out our export industrial sector of which we can earn foreign currency?

And where we're you when extra pallets of UG shs were imported in the country unauthorised? Are those good signs of a serious country to be optimistic about?? Uganda runs on the sweat of private individuals who construct their own toilets, water to keep this sector going.
Report to administrator