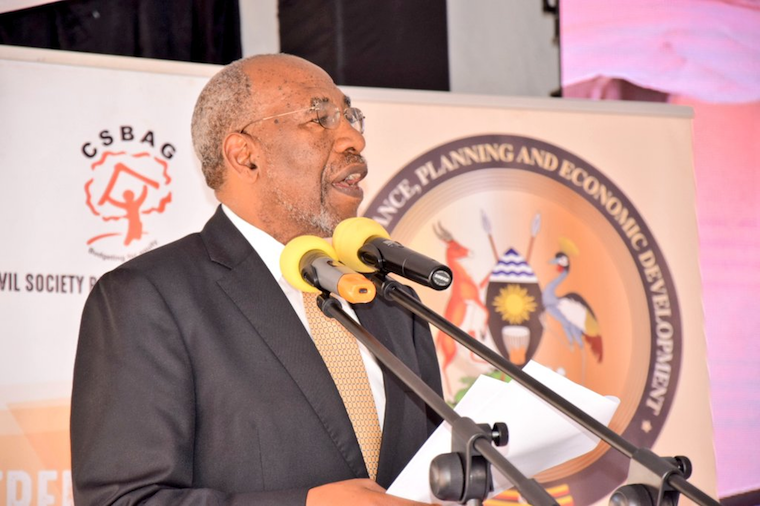 The week, which featured a mixed bag of activities in the run up to Budget Day, June 13, largely offered members of the public meet-and-greet opportunities with government agencies and officials who in turn showcased their core values of respect, integrity, honesty and accountability to the taxpayers.

The week-long activities were flagged off by Matia Kasaija, the Finance minister last week with a march from the Constitutional Square to Kololo Ceremonial Grounds. In attendance were government officials, Civil Society and members of the public.

Many attendees were eager to learn more about what different agencies do and their future programmes. Over 120 government ministries, departments and agencies and over 17 Civil Society Organisations showcased their products and services.

At the same event 2400 Ugandans received yellow fever vaccine shots and 248 units of blood were collected. The biggest crowd pullers included; stalls of Uganda Wildlife Education Centre, which exhibited wild animals including a python, , ministry of Science Technology and Innovations and the National Enterprise Corporation under the UPDF.

Kiira Motors Corporation with its hybrid electric Kiira EVS vehicle was the highlight of the exhibition. The black, two-door, four-seater car was driven from the city centre to the Kololo Ceremonial grounds –drawing a sizeable crowd of admirers.

While officiating at the public exhibitions, Prime Minister Ruhakana Rugunda noted that the ministries and different agencies showcased how they utilised the resources availed to them by the tax payers in the previous budget for the development of the country.

He said the ruling NRM government was committed to enhancing infrastructure, lower the cost of doing business and facilitate the private sector. According to him, the key achievements in the previous financial years were in the sectors of infrastructure, energy, health, education, agriculture and export promotion among others.

“In the infrastructure drive, the national paved road network has increased from 3,05km of the road network in 2017/18 to 5,551 and government will continue to support the improvement in the connectivity of rural roads which will lead to productivity and service delivery,” he said.

He said the health sector has increased the universal health coverage with essential health and related services needed for promotion of health and productive life.

Malaria prevalence among children less than five years of age has significantly reduced by 30 per cent, antiretroviral therapy coverage has improved from 73 per cent to 86 per cent contributing significantly to treatment of HIV and reduction in mother to child transmission.

He also commended the achievements in Universal Primary Education (UPE) and Universal Secondary Education (USE), saying that over 92 per cent of parishes have government aided schools, which have increased literacy rates by 74 per cent among persons aged 10 years and above.

“We have also continued to support agriculture by improving the agricultural value chain as well as continuing with the export promotion drive to improve balance of trade.”

Julius Mukunda, the executive director CSBAG, applauded government for opening up space for ordinary citizens to contribute to budget formation. He said this is key in promoting transparency and accountability.

He represents the regime's "humanic side" to fool the gullibles.

They are all the same, fleecing and raping Uganda. The budget was full of misleading statistics and fuzzy maths meant for pure politics.
Report to administrator