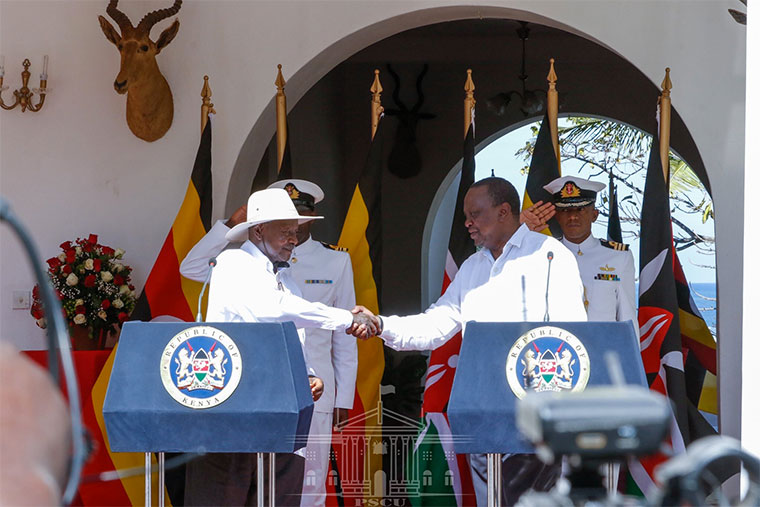 Ugandans are now free to export poultry and poultry products to Kenya after nearly a two-year ban.

In return, Kenya will also export beef and beef products to Uganda after nearly a ten-year ban. The lifting of the bans comes after a March 2019 visit to Kenya by President Museveni who said immediately after the visit that he had talked to his Kenyan counterpart and had agreed to receive Uganda poultry products.

Museveni tweeted in March after the meeting: “I am glad that our counterparts have agreed to let Uganda increase its sugar exports to Kenya…also, it is important that Uganda will resume export poultry to Kenya within a week from now.”

Although a few companies were later cleared to export to Kenya, the trade remained closed to most exporters. Last evening, Kenyan Livestock PS Harry Kimutai told the media in Nairobi that Ugandan firms are now free to bring in products after Uganda confirmed it had managed to control the viral influenza disease that led to the ban.

The lifting of the ban comes particularly at a good time when Uganda is enjoying a trade surplus with the East African Community (EAC) and the rest of Africa. Rwanda also banned Uganda poultry products at the same time as Kenya. The relationship has not been rosy between the two countries of recent and there is no indication that Rwanda is ready to receive poultry products from Uganda.