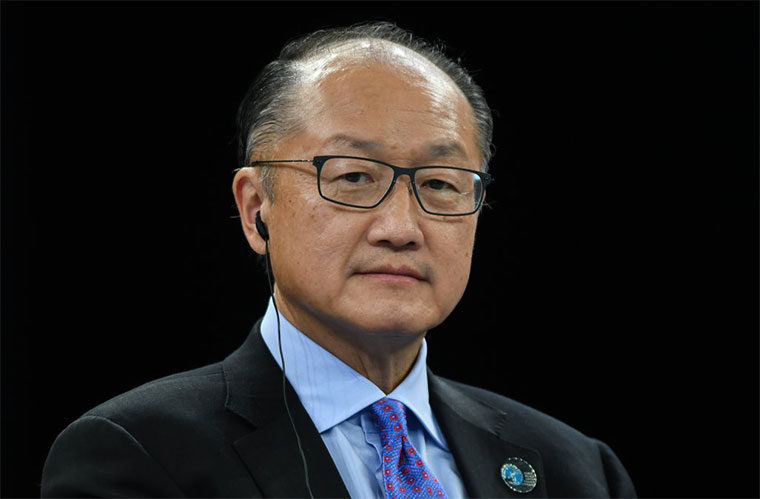 World Bank Group President Jim Yong Kim unexpectedly resigned on Monday, more than three years before his term ends in 2022, amid differences with the Trump administration over climate change and the need for more development resources.

Kim, nominated by former U.S. President Barack Obama for two five-year terms, had pushed financing for green energy projects and largely dropped support for coal power investments, but had avoided public clashes with the Trump administration, which has made reviving the U.S. coal sector a priority.

Kim told World Bank employees in an email that he was leaving the world's largest lender and donor to poor and middle-income countries on February 1 to join a private-sector firm focused on infrastructure investments in the developing world.

"The opportunity to join the private sector was unexpected, but I've concluded that this is the path through which I will be able to make the largest impact on major global issues like climate change and the infrastructure deficit in emerging markets," Kim said.

Kim said details about his new job would be released at a later date. The physician and former Dartmouth College president said he would also rejoin the board of Partners in Health, a health advocacy group he co-founded 30 years ago.

Kristalina Georgieva, who in 2017 became the World Bank's chief executive officer, will assume the role of interim president when Kim departs, the bank said. Georgieva, a Bulgarian national, had previously held senior European Union posts after serving 15 years at the World Bank, starting as an environmental economist in 1993.

Two people familiar with Kim's shock announcement to the World Bank executive board said he was leaving of his own accord and was "not pushed out" by the Trump administration.

President Donald Trump, however, will wield strong influence in choosing Kim's successor as the United States holds a controlling share of the World Bank's voting rights.

The bank president has traditionally been an American chosen by the U.S. administration, but some of the multilateral lender's 189 member countries could mount a new challenge with alternative candidates. Korean-American Kim faced challengers from Nigeria and Colombia when he was first nominated in 2012.

A spokeswoman for the U.S. Treasury, which oversees the U.S. voting interest in the World Bank said: "We appreciate Mr. Kim's service to the World Bank," adding that Treasury Secretary Steven Mnuchin "looks forward to working with his fellow governors in selecting a new leader."

David Malpass, the Treasury's undersecretary for international affairs, has questioned the need for additional resources for the World Bank and other international financial institutions, arguing instead that the lenders should focus more of their resources on poorer countries and lend less to middle-income countries such as China.

Nonetheless, the Treasury backed a $13 billion capital increase for the World Bank last year, which imposed some lending and management reforms, including some caps to the rate of salary increases.