Nine months after South Sudan joined the East African Community, questions have arisen on what kind of pace and approach the bloc will take to accommodate the world's youngest state, writes JOSEPH OLANYO.

At a one day dialogue on “How South Sudan’s Admission to the EAC will Influence the Shape and Pace of the Region’s Integration” organized by Rosa Luxemburg Stiftung East Africa in Kampala on November 25, stakeholders raised various critical viewpoints on the new member of the block, and its implications on regional integration.

Policymakers, analysts, academics and civil society contend that South Sudan needs serious structural transformation and stability if it is to influence the shape and pace of EAC integration.

“South Sudan does not have functional institutions to qualify it as a state. It is simply being invited to join EAC because of the market,” said Biel Boutros Biel, executive director South Sudan Human Rights Society for Development (SSHURSA)

Biel said the South Sudanese are joining the EAC for selfish reasons. He, however, noted that there is a possibility that South Sudan may leave the EAC when it gets a functioning government.

“Let’s create stability and institutions, not those that are personalized. The stability should be the implementation of the peace accord. Removing Salva Kiir or Machar will not solve the problem of South Sudan,” Biel said. 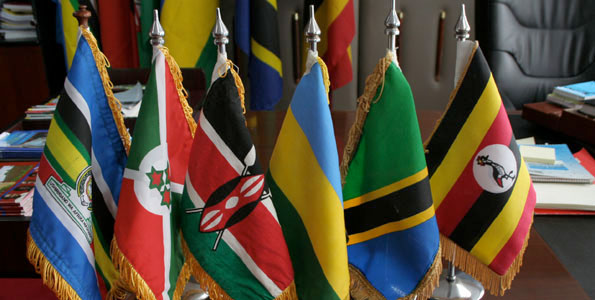 In his keynote address, Fred Mukasa Mbidde, the chairperson Trade, Investment and Communications Committee at the East Africa Legislative Assembly, said the challenges of EAC integration are not with those invited but with those already integrated.

“There are things we are not doing yet we are blaming it on the new entrants. The EAC has now initiated a common protocol on peace and security,” Mbidde said.

Mwambutsya Ndebesa, the coordinator of Development Studies Makerere University, argues that the dilemmas and contradictions in the EAC regional integration are caused by the very partner states, which, he argued, join the EAC opportunistically.

“South Sudan with its negative GDP and Burundi are failed states and the sick men of East Africa,” he said.

Samuel Kasirye, the programme manager Rosa Luxemburg Stiftung East Africa, said the aim of the dialogue series is to provide a platform for expanding the range of critical debate on trade, trade-related issues, investments, regional integration, agriculture and climate change among others.

“Politics aside, we need markets and a bigger voice. Integration has always been for economic benefit,” said Elly Twineyo, the executive director of the Uganda Export Promotion Board (UEPB).

Even as research and policy analysts stress the need for markets, others still insist that integration is not about trade alone. Lorna Marekaje, the secretary general South Sudan Domestic Engagement Monitoring and Observation Programme (SSUDEMOP), asserts that South Sudan should not join the regional bloc for sympathy but wait to join as an able member.

“In the current state, no one can clearly determine the influence of South Sudan’s admission in EAC on regional integration,” she said.

Malual Bol Kiir, the executive director African Youth Network, said South Sudan can only be part of the EAC if its people warmed up to the idea of joining the bloc.

“Almost 99 per cent of the South Sudanese people are against joining the EAC integration. Illiteracy levels in South Sudan are still a problem and the only vision is fighting each other. It is only the elite who are interested in protecting their status quo,” he said.

South Sudan remains troubled by the sporadic violence that tends to erupt as it remains a fragile state. Despite the recent peace efforts and formation of a unity government in April 2016 after a turbulent three year civil war, the landlocked, low income economy has acute constraints in physical, infrastructure and institutional structures.

This has been compounded by the dip in world oil prices, its major source of income. The currency devaluation in December 2015 made South Sudan’s financial and economic situation worse.

EAC is a regional block with a combined population of 162 million people and a Gross Domestic Product (GDP) of $160 billion.