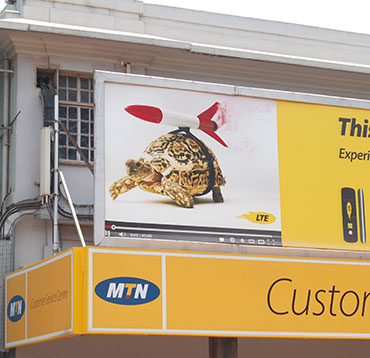 MTN Uganda has been accused of failing to provide evidence to justify shifting huge amounts of cash out of Uganda to a briefcase company located in Mauritius, potentially lowering its tax bill in Uganda – the subject of which remains an ongoing dispute with Uganda Revenue Authority, it has emerged.

While the story of the dispute between MTN Uganda and URA is already in the public domain, a joint investigation by The Observer and Finance Uncovered, a global investigative journalism network, has unearthed details that break new ground in showing how multinational companies can structure their activities in an attempt to limit their tax assessment, and the struggles that tax authorities in poor countries such as Uganda have to endure in order to collect what they feel is due to the nation.

This investigation comes one day after finance ministers from the powerful G20 group of nations agreed new rules on targeting profit shifting from multinationals, a process that has been criticised for shutting out the voice of developing nations.

For six years between 2003 and 2009 MTN Uganda paid three per cent of its revenue every year to MTN International in Mauritius. These payments were for ‘management services’. However, after questions were put to MTN, the company confirmed that the Mauritian company employs no staff at all.

Instead, the company has a board of “non-executive” directors, three of whom are Johannesburg-based MTN group executives plus two Mauritians who are associated with a generic corporate services firm there, Globefin, that employs 25 staff to handle 250 clients just like MTN.

When we asked why then was the money sent to Mauritius first, MTN could not provide any answers. When further questions and evidence uncovered as part of our investigation was put to the company, they were forced to admit that not all of the fees were passed onto South Africa and some money remained in Mauritius.

MTN would not tell us how much money was left in Mauritius; however, documents from the company reveal that cash left in MTN Mauritius is used to make interest payments on MTN’s debt and to pay dividends to shareholders.

At the centre of this case are the contracts that MTN Uganda entered into with its shareholders MTN International Mauritius and Telia Overseas AB to provide it with support services. For these support services, MTN Uganda would pay what is called a management fee.

Here is how this whole issue of management fees works: For every company, corporate income tax is one of the last things the company pays. A mobile phone company like MTN Uganda makes money through selling airtime and other services such as mobile money. It then has operating costs such as staff wages, rent, and financing costs (paying back debt). What is left over is the pre-tax profit. The government takes a percentage of that pre-tax profit.

A multinational company can boost its profits in one country and lower taxable profits in another by trading between two companies it owns in different countries.
Company A in Mauritius could charge Company B in Uganda for a service provided. This will increase costs (and lower taxable profit) in Uganda and increase profit and move money to Mauritius.

While cross-border transactions are legal, the system can be grossly abused if the companies are related as it is tempting to artificially move money from a high-tax jurisdiction to one that is a tax haven.

For this reason, in order to be tax deductible, payments made to related companies must be for real services needed by the company and at a fair price. Usually this means that a company should pay no more than it would pay had it bought the service from another unrelated company.

MTN stands accused of doing the opposite, of paying for services it does not need in order to move money out of Uganda. URA’s tax assessment on these transactions is said to total more than Shs 30bn.

MTN told us that it sees no tax benefit from its Mauritian structure as MTNI (Mauritius) has from the beginning been registered for tax purposes in South Africa.
However, the Ugandan tax authorities have been investigating whether these payments have been used to artificially lower tax payments here.

In a December 22, 2011 letter to the chief executive officer of MTN, Anna Bitature, who signed on behalf of the Commissioner Tax Investigations at URA, accused MTN Uganda of paying management fees for a service that was made up.

“There is no evidence that the services purported to have been provided to MTN subsidiaries were needed by MTN Uganda. If MTN Uganda did not need these services, then it should not pay for them,” she wrote.

Bitature added: “There is no proof of the relevance of the fees charged to MTN Uganda for the need that MTN Uganda had for those services... In an arm’s length situation, a company that has the skills and competence to carry out a particular activity does not go to a third party to source those services just because the third party is running the business of carrying out such activities.”

According to one correspondence between MTN and the URA, MTN Uganda pays three per cent of its turn-over as management fees to MTN International Mauritius. Another two per cent was paid to Telia Overseas AB, a Swedish company associated with MTN Uganda’s former shareholder TeliaSonera.

In the letters between MTN Uganda and the URA, the tax authorities complained that getting MTN Uganda to clarify on some of these transactions has not been easy.

“Up until now, MTN Uganda has not provided sufficient and reliable evidence of the services provided and the related costs of providing those specific services to MTN Uganda,” Bitature complained.

She added: “We have reportedly asked for evidence of specific work performed by MTN Group for MTN Uganda for each of the tax years 2003 and 2009. We have been provided with very little information relating to 2009 and the latter years. This information is very far from justifying a payment of three per cent MTN Uganda’s turnover as management fees.”

Corporate documents seen by the investigative team from MTN I in Mauritius show that rather than paying for management services, the cash that remains in MTN I is used to make repayments on MTN’s debt or paid out to shareholders as a dividend.

MTN Uganda Chief Executive Officer Brian Gouldie, who has been in the job for just over a year, told us that the management fees between related companies within the group was “normal” and that this money is a small portion of the group’s entire sales. URA commissioner general Doris Akol says the case rotates around the “interpretation of what constitutes management fees.”

Otherwise beyond those comments, both URA and MTN declined to answer questions sent to them, with both pointing to confidentiality as the case was still in court.

This newspaper can also reveal that MTN faces similar accusations in a number of other African countries. The reporting team discovered that authorities in Ghana, Nigeria and South Africa have all raised questions over MTN’s management fees.

These payments, in larger economies can be huge. Scancom, MTN’s operation in Ghana, paid 758m GHS ($204 million) in management and technical fees to MTN Dubai between 2008 and 2013. MTN said that MTN Dubai provides shared services to MTN Group companies and has 115 staff; however, a proportion of the fees received by MTN Dubai was paid onto Mauritius.

The fees have been the subject of an investigation of Ghana’s “National Security Taskforce” which has called for a “review of all technology transfer and management service agreements currently held by GIPC (the Ghana Investment Promotion Centre) to remove sections which are inapplicable and wrongly provided for” and upgrading and training of state systems and staff.

MTN told us that it was aware of the task force’s investigation but that no findings had been made against the company. However, since 2013, management fee payments from Ghana have been frozen pending a new agreement with the GIPC. MTN and the GIPC have told us that there is no dispute but that they are currently in talks over a new management fee agreement.

In Nigeria, MTN’s largest market, the company has disclosed that it paid 2.5bn Rand ($186.5 million) in fees between 2010 and 2013. These fees were ‘reversed’ as no agreement was made with the National Office for Technology Acquisition and Promotion (NOTAP), which needs to approve the fees. MTN told us that it is still in talks with NOTAP, but five years after the original deal expired there is still no sign of an agreement.

By all accounts, MTN Uganda occupies a special position in Uganda’s economy. As one of the top three biggest taxpayers in Uganda, the company makes substantial payments to the treasury - more than Shs 200 billion a year, according to company officials.

Also, as the country’s largest telecom company in terms of subscribers, its mobile money product has completely revolutionalised the way people make transactions, with utility bills paid over the phone. However, URA feels MTN has a case to answer. The dispute between MTN Uganda and the URA has dragged out for nearly four years now.

Tax avoidance is perfectly legal is the mantra often given by multinational companies and their tax advisors when they are accused of not paying their fair share. Indeed, as Kennedy Onyoni, a spokesperson for the African Tax Administration Forum, a group of African government tax collectors, has said tax avoidance works by exploiting mismatches or weaknesses in the law in different countries.

Uganda introduced new transfer pricing rules in 2011 – a set of guidelines that try to limit the tax transfers between related parties – and beefed up the staff at URA to enforce these rules.

However, despite the fact that often companies stay on the right side of the law, the practice of using tax havens and shifting profits out of countries has become increasingly politically-controversial as governments have seen companies moving their profits offshore, leading to a shrinking tax base and controversial cuts to public services.

Uganda desperately needs all companies to pay the right amount of tax. The country’s tax to gross domestic product ratio is below 13 per cent, one of the lowest in East Africa.

In a country where hunger still afflicts regions such as Karamoja; where the quality of education remains weak because many teachers are not motivated to teach as a result of the poor pay and therefore would rather strike; where the health care system continues to provoke public outcry, more tax revenue would go some distance to reduce these problems.

In Africa, tax avoidance has been accused of holding the continent back, and starving governments of the revenues it needs for development. A report jointly commissioned by the United Nations and the African Union and drafted by a high-level panel led by former South African president Thabo Mbeki considered tax avoidance by multinationals to be an “illicit financial flow” and a significant drain on government resources across the continent.

In total, illicit financial flows, which included corruption and the proceeds of crime, were determined to be costing the continent $50bn a year. Uganda has now decided to go through the tedious process of renegotiating most of its double taxation treaties just to have international firms pay the right amount of tax. At the moment, the MTN case continues to drag on.


Comments are now closed for this entry